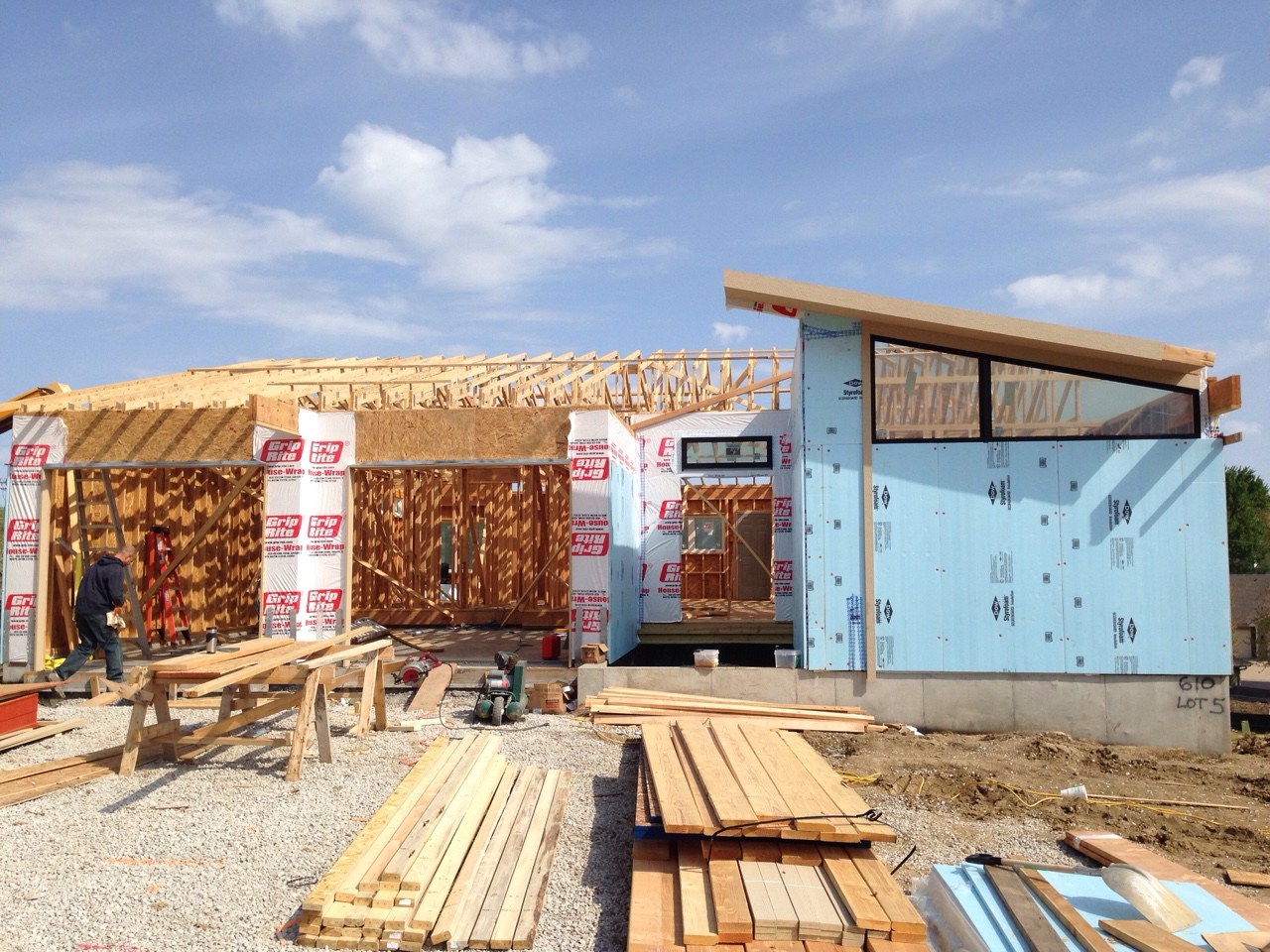 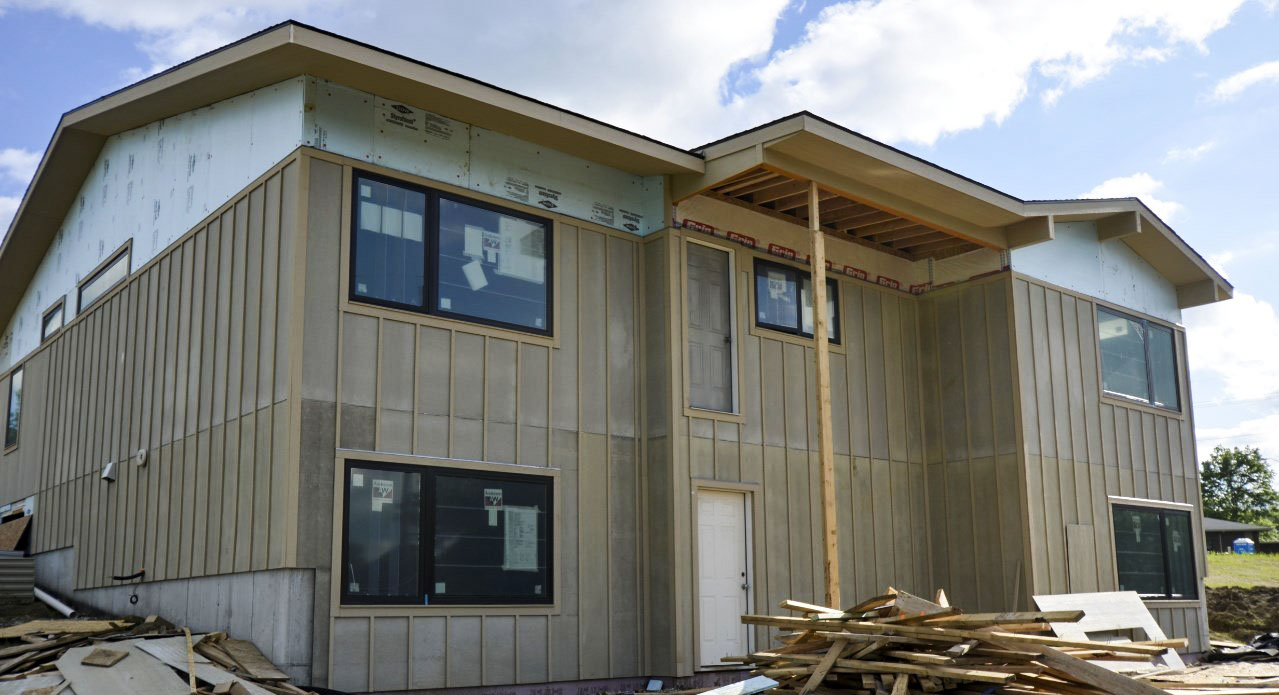 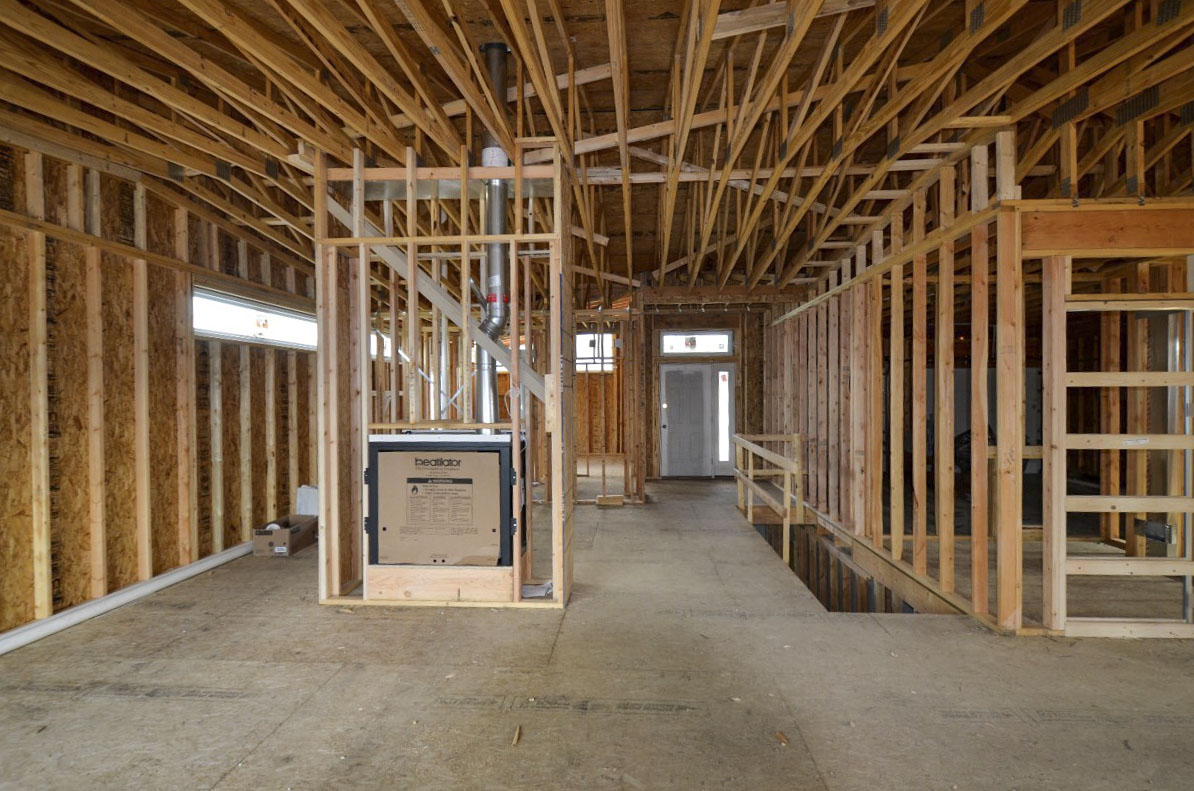 Toby & Amber, the future homeowners of Lot 5 in Urban North, have a passion for modern design and mid-century architecture. When they began their search for a home over a year ago, they were determined to find something that satisfied their lifestyle needs and design-style. The couple relentlessly searched high and low to find their perfect modern home in Kansas City to no avail. The reality they might have to compromise was slowly sinking in, but they continued their search and unenthusiastically began touring more traditional homes… until they came across Urban North.

The couple’s passion for mid-century modern design was highly influenced by real estate developer Joseph Eichler, who was one of the first to make modern architecture more available to the general public. From 1950 – 1974 Eichler built over 11,000 modern homes on the West Coast that are still popular and in high demand today. There were some Eichler-influenced homes built in Kansas City along with several Donald Drummond homes, which share a similar style to the Eichler, but neither is easily accessible in today’s competitive market. And if the homes were available, they quickly found that, “they are very expensive to update, are notoriously difficult to heat and cool and often didn’t have the square footage we were after.”

After being disappointed with the lack of feasible mid-century modern options available in Kansas City, they discovered Urban North and realized that modern living in Kansas City no longer had to be their dream but could be their reality. Amber commented, “When we heard about the new subdivision going in at Urban North and learned that we could have a house designed with some of our favorite features of an Eichler, combined with the energy efficiency of LEED standards, we knew we could have the best of both worlds. We’re very excited to be a part of such a unique and modern development at Urban North!”

So we began the design process; we started by discussing their favorite Eichler design features and what they envisioned for their new custom home. Amber clarified their top 4 reasons why they love “Eichlers” [Eichler homes]:

1. They bring the outdoors in. Eichlers are found predominately in California because of year-round mild weather. These homes are literally able to open their walls to the outdoors, or they have entire walls built out of glass or bring the outside into atriums at the very center of the house. With the harsh winters we have here in the Midwest, those features aren’t as practical, but we do give a nod to the “outdoors in” concept by adding large windows in all the rooms at the back of the house, as well as including a partially-covered deck and porch.

2. Clerestory windows. This is a very common feature in an Eichler, as well as many other midcentury homes. In addition to the trapezoid windows at the front, we added a few rectangular awning windows near the roofline at the sides of the house. They all function the same way, providing natural light but maintaining privacy.

3. Shallow-pitched roof and exposed beams. While all the homes at Urban North are built using construction techniques to maximize energy efficiency vs. using the post and beam construction typical of an Eichler, we give a nod to these features by including a shallower pitch and decorative beams at the very front of the house. Combined with the clerestory window, these three features are what make our new home resemble an Eichler the most.

4. Modern, clean lines and open, bright spaces. Eichler’s mid-century modern aesthetic still feels so unique, even today. This article sums up how special they are quite nicely: http://forward.com/culture/152215/how-eichlers-brought-design-to-suburbia/

We successfully incorporated many aspects of the Eichler design with House Plan 3 to create Toby & Amber’s personalized elevation.  The trapezoid transom window, vertical siding and low-pitched roof lines will enhance the exterior, while the interior will feature sloped ceilings, spacious living areas and various trim designs throughout. Make sure to follow our Facebook, Twitter and Instagram accounts to receive regular updates on construction as well as in-progress pictures.

Framing for their home should be complete this week so we can begin prepping for electrical and HVAC. Right now we are scheduled to complete their home late August/early September. We invite you to drive through Urban North [click link to see map] – there is usually an Urban North or Owen Homes representative on site that would be happy to answer any of your questions or if they are able to, give you a tour of one of our homes.  Within the next few weeks you will actually be able to tour our Model home as we expect the office to be ready mid-May even though it won’t be entirely complete until early June.  If you have any questions about the subdivision or if you would like to reserve a lot, please contact Karelyn Geiger of Geiger Elite Real Estate Group – Keller Williams North at 816.721.9400 or at sales@refinedkc.com.